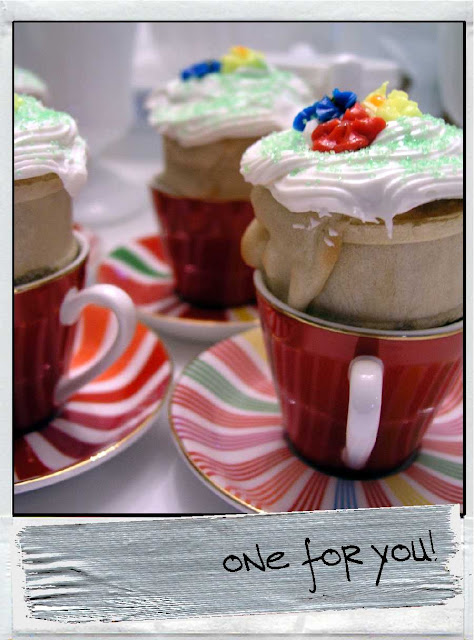 Can I get a High Five! 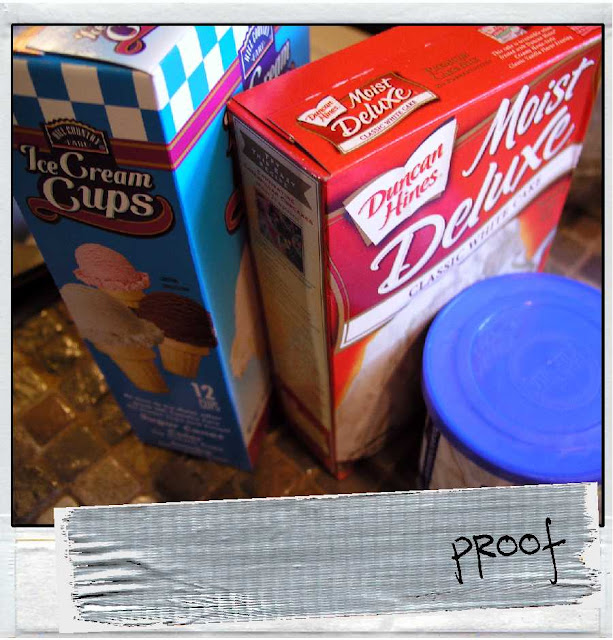 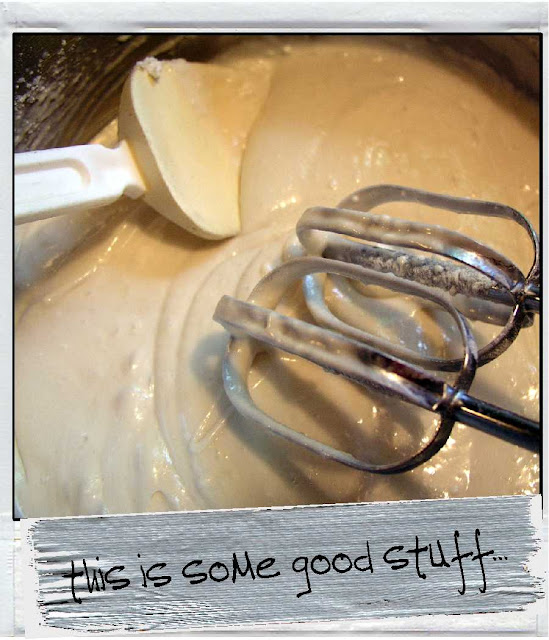 The Mindy (she gets me – and accepts me for the pyro I am) had given me an antique fire extinguisher – I had it on the ready (Thank You Mindy!)... as well as my phone for any emergency calls that needed to be placed... 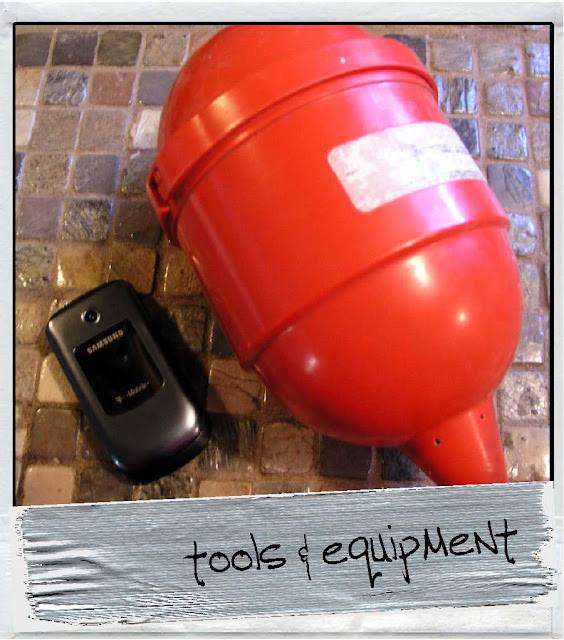 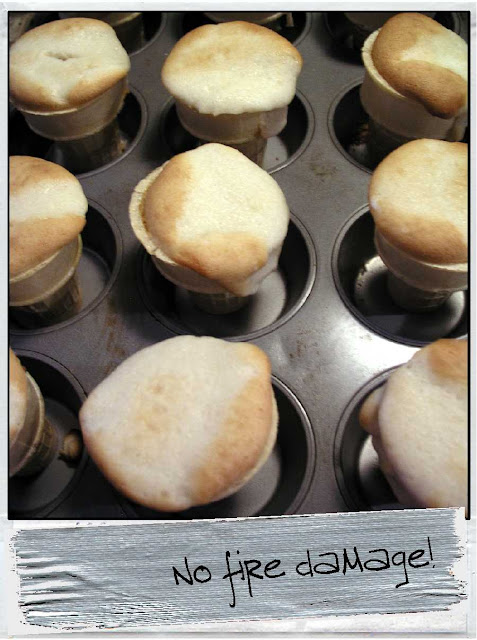 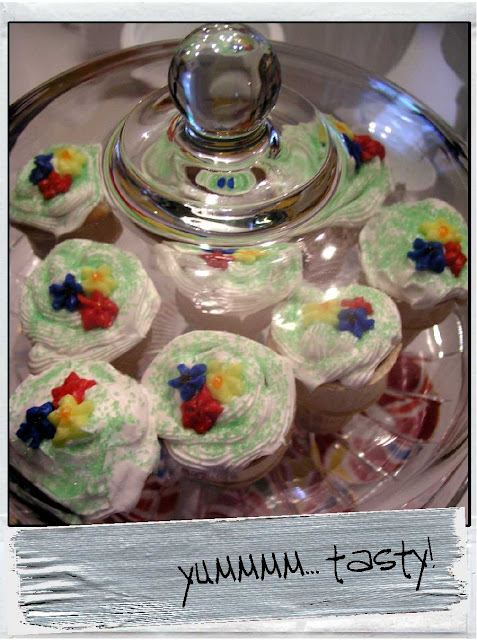 I have it on the greatest authority that these here ice cream cone cupcakes are even EDIBLE because I had to borrow (and traded some ice cream cone cupcakes) the First Lady's (of the Neighborhood Association) cake plate (who knew home baked goodies don't come in a re-sealable bag? huh.) - and both the First Lady and the Captain said they were tasty! On top of that? The resident teen ate TWO!

Thank You First Lady (and here’s to hoping you are not in the hospital for food poisoning due to missing ingredients or anything...)! 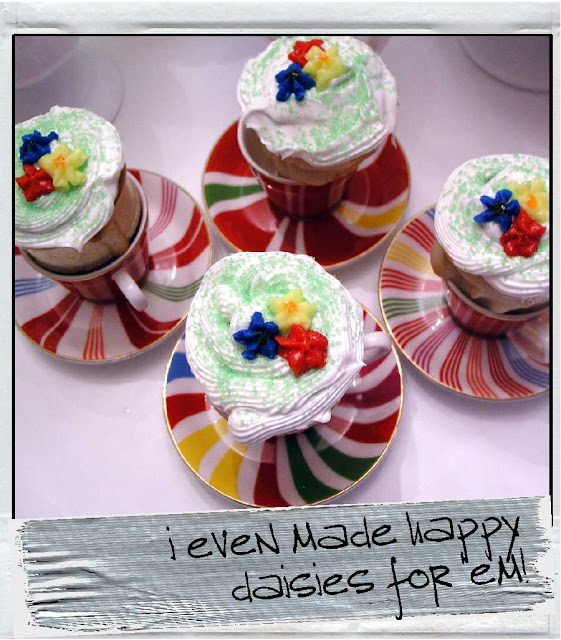 In HONOR of this momentous occasion – I even busted out THE Kate Spade demitasse set that "the Mama" gave me! (ooooohs and aaaaahs can be heard ‘round the world.) 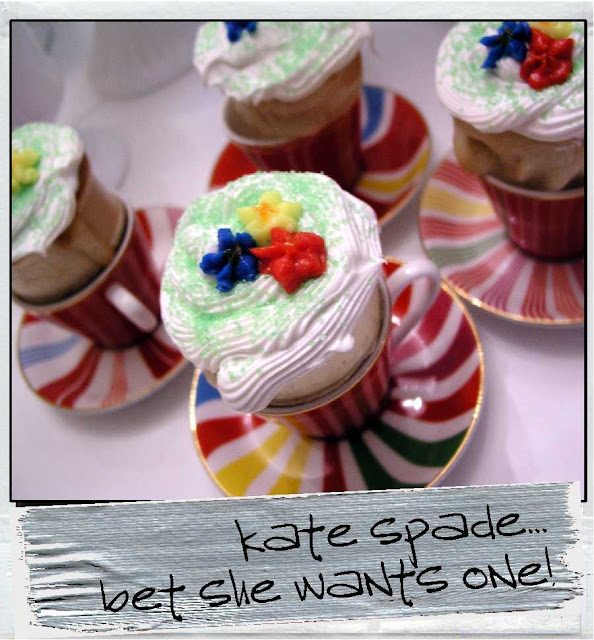 There you have it! I’m going back to high-fivin’ perfect strangers and fist bumpin’ poor unsuspectin’ citizens – ‘cause I baked – uh huh... BAKED!- MINUS the “in distress” smoke signals that are my norm! Perhaps I’ve found a new calling... 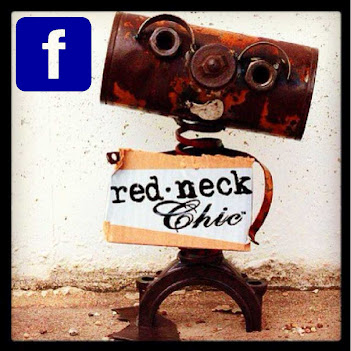 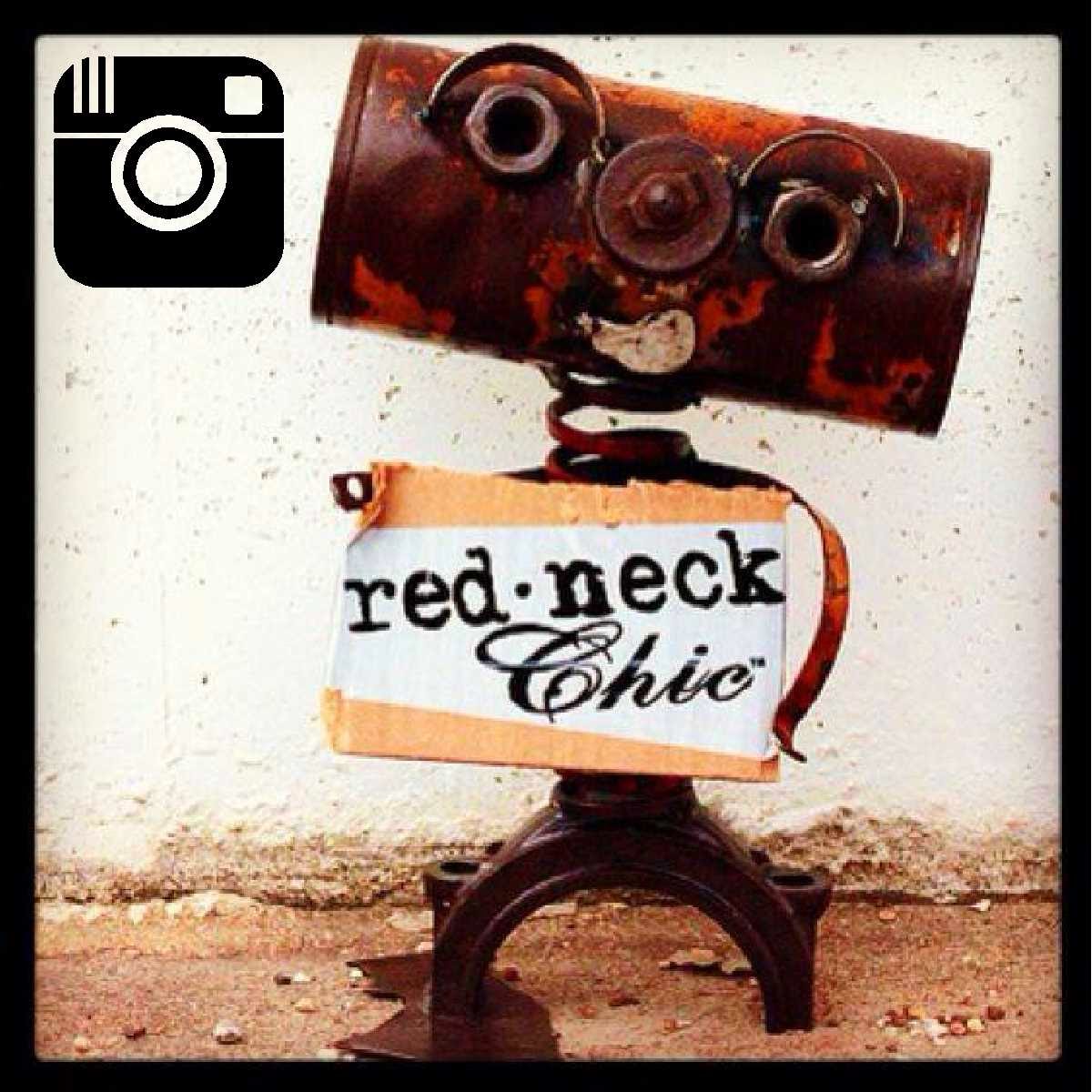 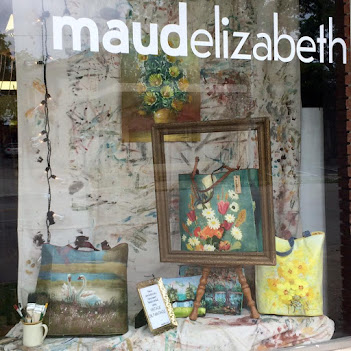